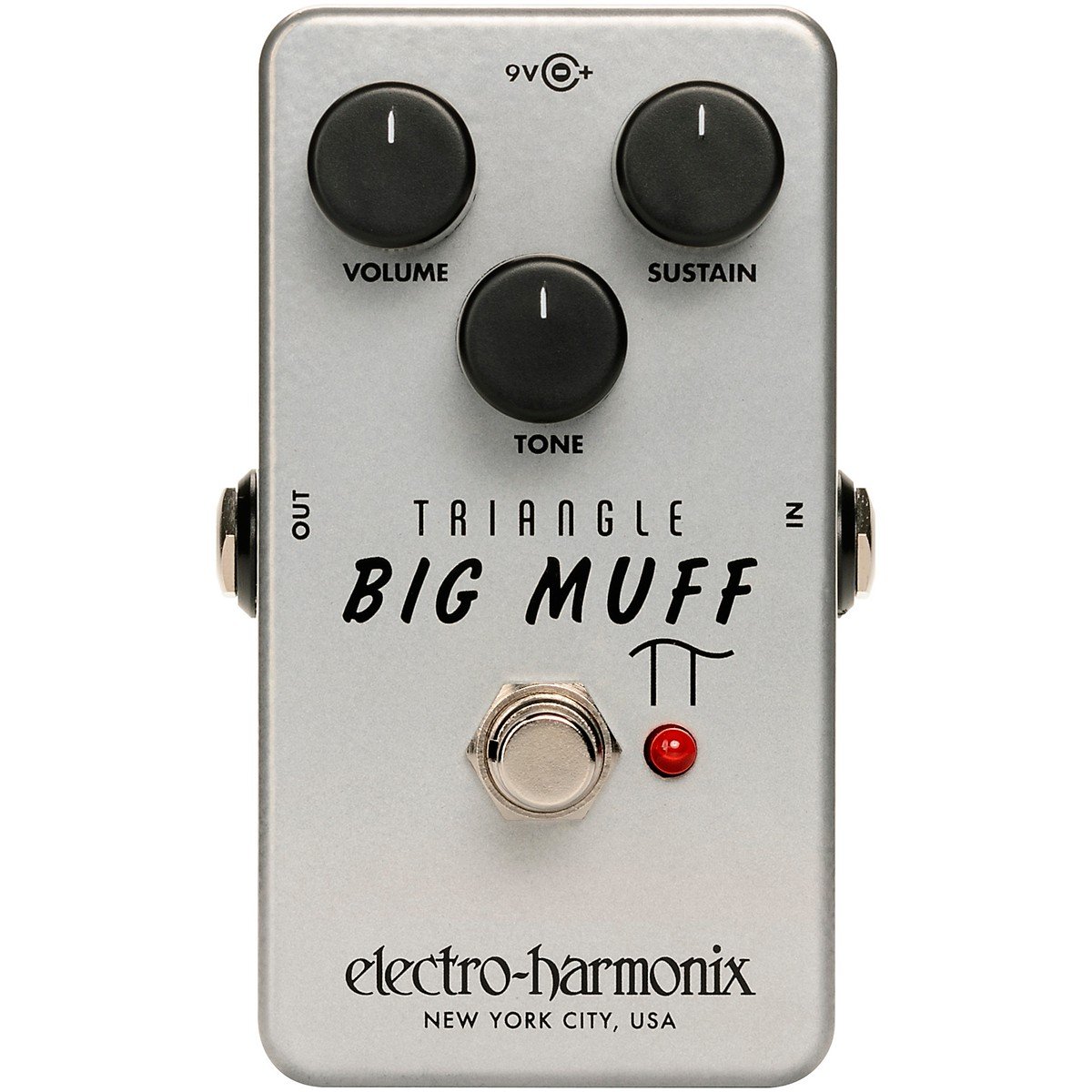 Electro-Harmonix founder, Mike Matthews, says: “The Big Muff Pi is the pedal we are best known for so I wanted to commemorate EHX’s 50th Anniversary (1968-2018) by re-releasing V1, the very first Big Muff. Original pedals are now selling for hundreds of dollars and this reissue absolutely nails that creamy, violin-like sustain and musical tone at a price a working musician can afford.”

The Triangle Big Muff features the following nods to convenience: an LED to indicate effect status, true bypass switching and the option of being powered by a 9-volt AC adapter.